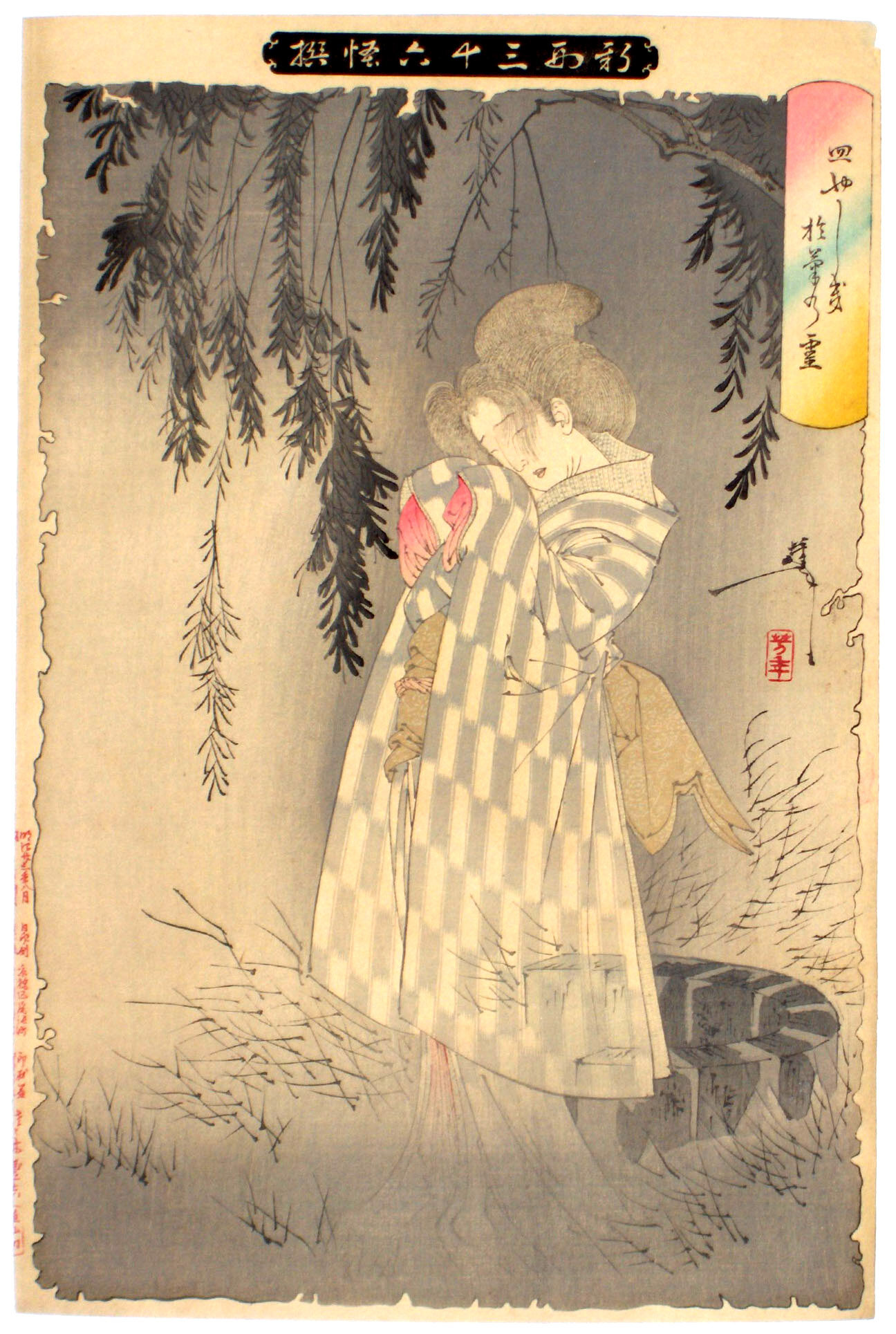 This week we’ll take another look at a famous Japanese ghost story. Look over last week’s entry and compare the two–you’ll find some similarities. This week is the tale of Banchou Sarayashiki, another ghost story with its origins in a kabuki play, this one from the 18th century. (It is likely, however, that the tale appeared as a folk story before it first appeared on stage.) Again, you’ll find a number of versions of the tale.

Banchou Sarayashiki begins with a beautiful servant woman named Okiku who’s indentured to a samurai named Aoyama Tessan. Aoyama seeks to have Okiku as his lover, but she always refuses his advances, so Aoyama schemes to force her to be his own. He hides (in some versions, pays a thief to steal) one of his family’s sacred ten plates (as in the serving dish), for which Okiku is responsible for caring. According to his family law, a servant losing or breaking one of these plates is a crime punishable by death. Okiku panics and counts the plates over and over but only finds nine each time she counts. Aoyama offers Okiku sanctuary from death if she agrees to become his lover, but she still refuses, so he kills her by pushing her down a well.

In some versions, Okiku actually does break the tenth plate knowingly. In this version, she’s in love with Aoyama, but as she’s a servant and he’s a lord, he’s engaged to another. Okiku’s decision to break the plate is to test Aoyama’s love for her, to see if he’s willing to enforce the rule of killing any servant responsible for the loss of one of the plates. Aoyama does kill her by pushing her down the well in this version, even after hearing that it was a test of his love–but he’s angry that she would go so far to test him. In this version, though, Aoyama is not horrified by her ghost. When he meets the ghost and sees her counting one through nine, he’s overcome with guilt and with her beauty and so he kills himself through seppuku (“harakiri”) and joins her.