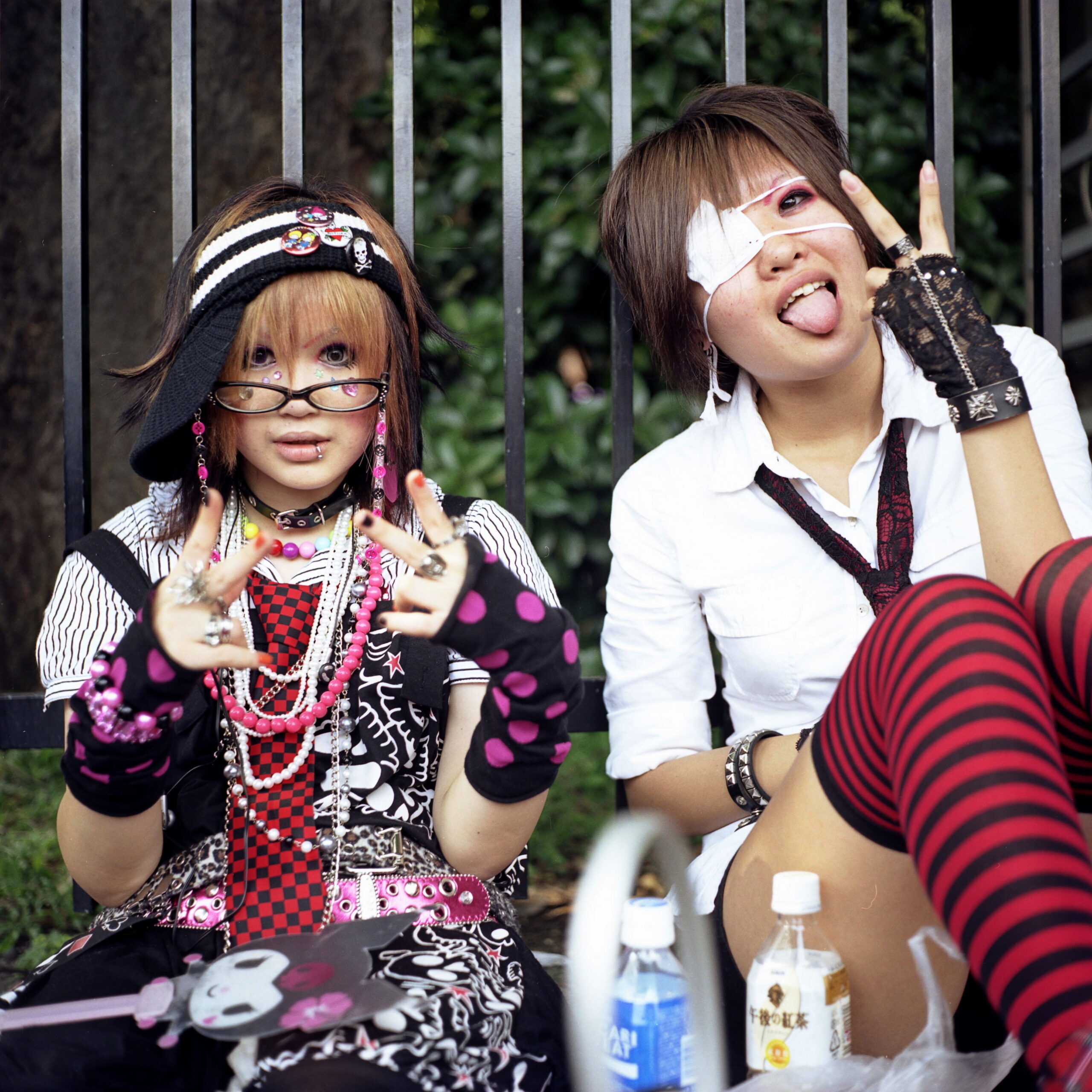 Tokyo is Japan’s most populous city, so it’s no surprise that there are almost as many different sides to the city as there are people. For instance, there are 23 special wards in the city of Tokyo–just in the most populous area. You may have heard of some of these wards in pop culture references to Japan. These days, Harajuku is one of those pop culture words that’s popular even outside of Japan.

The fashions tend to gravitate toward one of three styles: lolita, visual kei, and cosplay–however, in Harajuku, anything goes. The young people who show off their clothes in Harajuku take pride in creating their own mix-and-match designs.

Lolita: Lolita fashions (exclusively for women or men crossdressing) are somewhat reminiscent of Victorian-era clothes with much shorter skirts and a few modern accessories. There are a number of subcategories within the style, including “Gothic Lolita,” which makes use of mostly black and dark colors, and “Baby Lolita,” which emphasizes pastel colors and cutesy accessories.

Visual Kei: Visual kei, which we’ve covered as a musical genre, is known for theatrical outfits that mix Gothic black and dark colors as well as Victorian-era type of clothing. Brightly colored hair and kabuki-style makeup complete the ensembles.