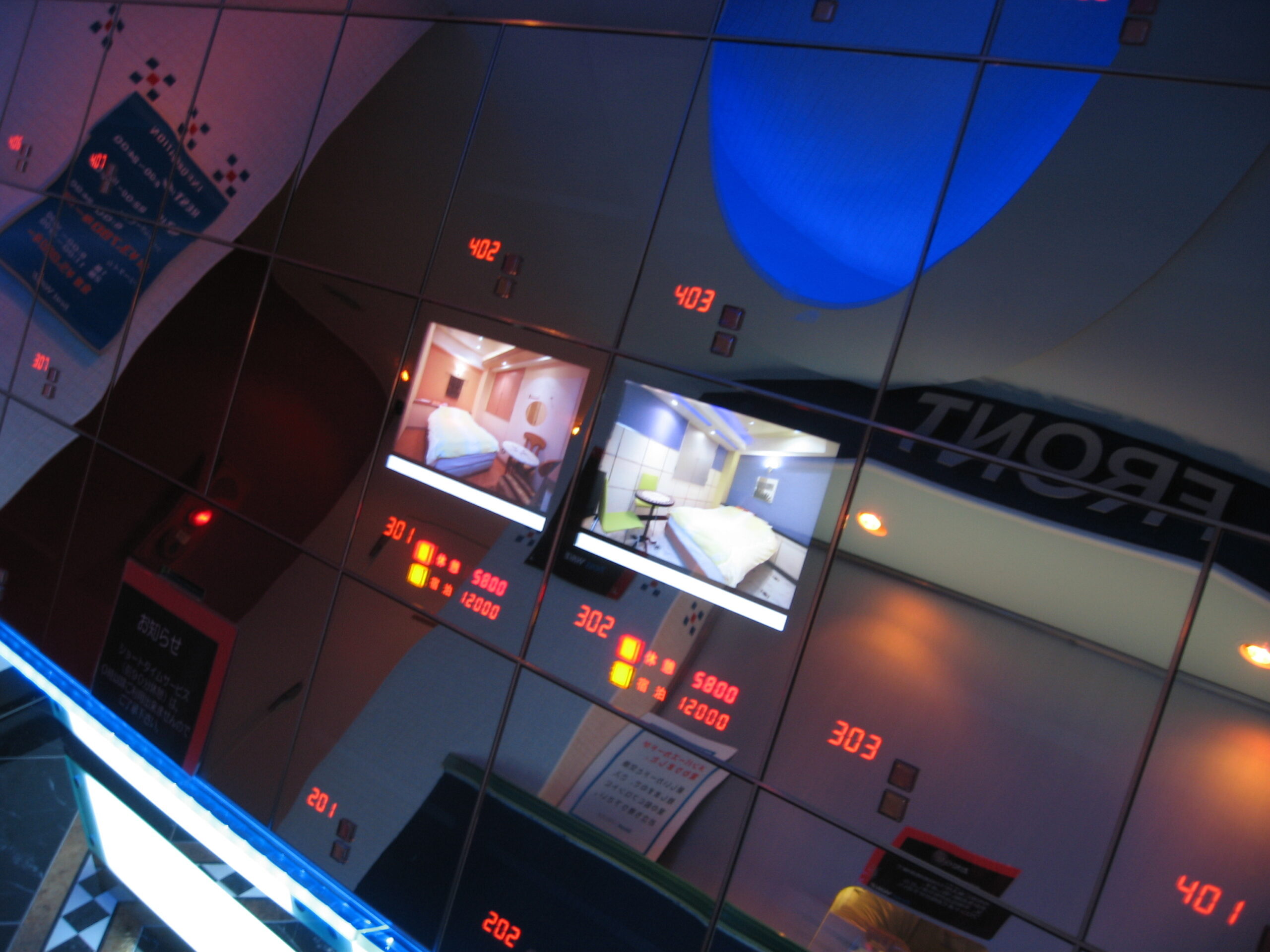 Valentine’s Day is approaching and chances are, the love hotels in Japan will experience an increase in business. The Japanese love hotel (actually called “rabu hoteru,” the Japanese pronunciation of the English words “love” and “hotel”) is somewhat of a uniquely Japanese cultural phenomenon for adults.

Because the metropolitan areas of Japan are especially crowded, space is limited and many apartment buildings have thin walls that can make privacy a little difficult to come by. Living with family–which is much more culturally accepted for young adults before marriage in Japan than it is in Western countries–can also complicate trying to have sexual relations with a partner. In order to have some privacy, many couples look to have their sexual encounters at love hotels. (Of course, there are people having affairs and illicit encounters that turn to love hotels as well, but the majority of customers are couples in need of privacy.)

Love hotels are different than regular hotels in that they specifically cater to people having sex and giving couples privacy. Many of these hotels have no windows and discrete entrances so that couples don’t have to worry about being seen. They often also don’t have anyone manning the front desk (but they may). Instead, couples select a room via a computer screen and deposit the room key card on their way out in order to verify that they’ve left. Couples can also often purchase sex toys and costumes via vending machines.

Many of the love hotel rooms are themed to add to the excitement. Themes can include fetishes and may also include pop culture references like anime characters or even Hello Kitty. Some theme rooms don’t resemble bedrooms at all and recreate an entire scenario, like a bad student in detention after school with a teacher, an encounter on a train car, or a nurse providing a checkup for a patient.