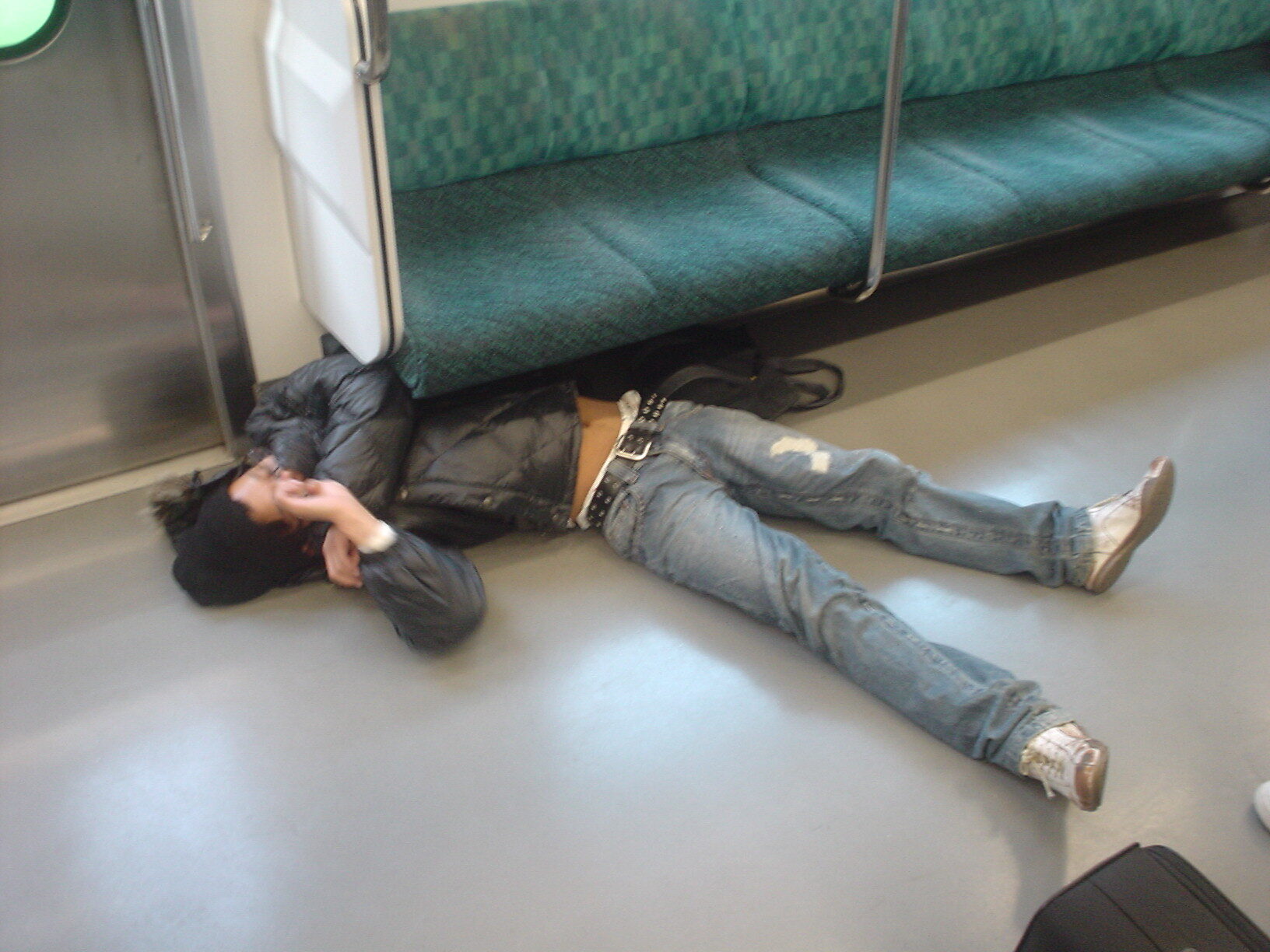 Some aspects of rudeness are practically universal–calling someone a rude name, for example–but others vary by culture. If you hope to spend any time in Japan or you meet Japanese people, you may benefit from a quick lesson in a few things the Japanese find rude. You’ve read about a few ways to be polite to the Japanese. Not following these simple rules of etiquette may make you come across as rude. Today we’ll discuss what Japanese people find to be rude behavior on the train. (By the way, sleeping on a train isn’t considered that rude–but most people would do it on a bench instead!)

Don’t eat on the train. This is messy and rude. If possible, avoid drinking as well, but if you feel the need (which is not surprising if the train is hot and crowded), a sip of a bottled non-alcoholic beverage is okay. Just make sure not to bump anyone when you get your drink out. On the same note, don’t leave a mess of any kind on the train.

Keep your hands up in crowded trains. In extremely crowded trains, some Japanese men grope unsuspecting women and young girls who can’t identify who in the crowd touched them. To avoid accusation, honest men find it easier to hold onto railings with both hands or to clutch the railing with one hand and an object with another. This shows the women around them that they wouldn’t touch them. Most foreigners aren’t suspected of this behavior, but it doesn’t hurt to show your hands. Also, if you’re male, pay attention to “women-only” cars on some trains. These cars, as the name implies, are for women only and are a courtesy to make women feel there is less risk of sexual harassment.

Have you ever ridden on a Japanese train? Can you think of a few other rules of etiquette on the train? What do you think of the fact that women are sometimes groped on trains?