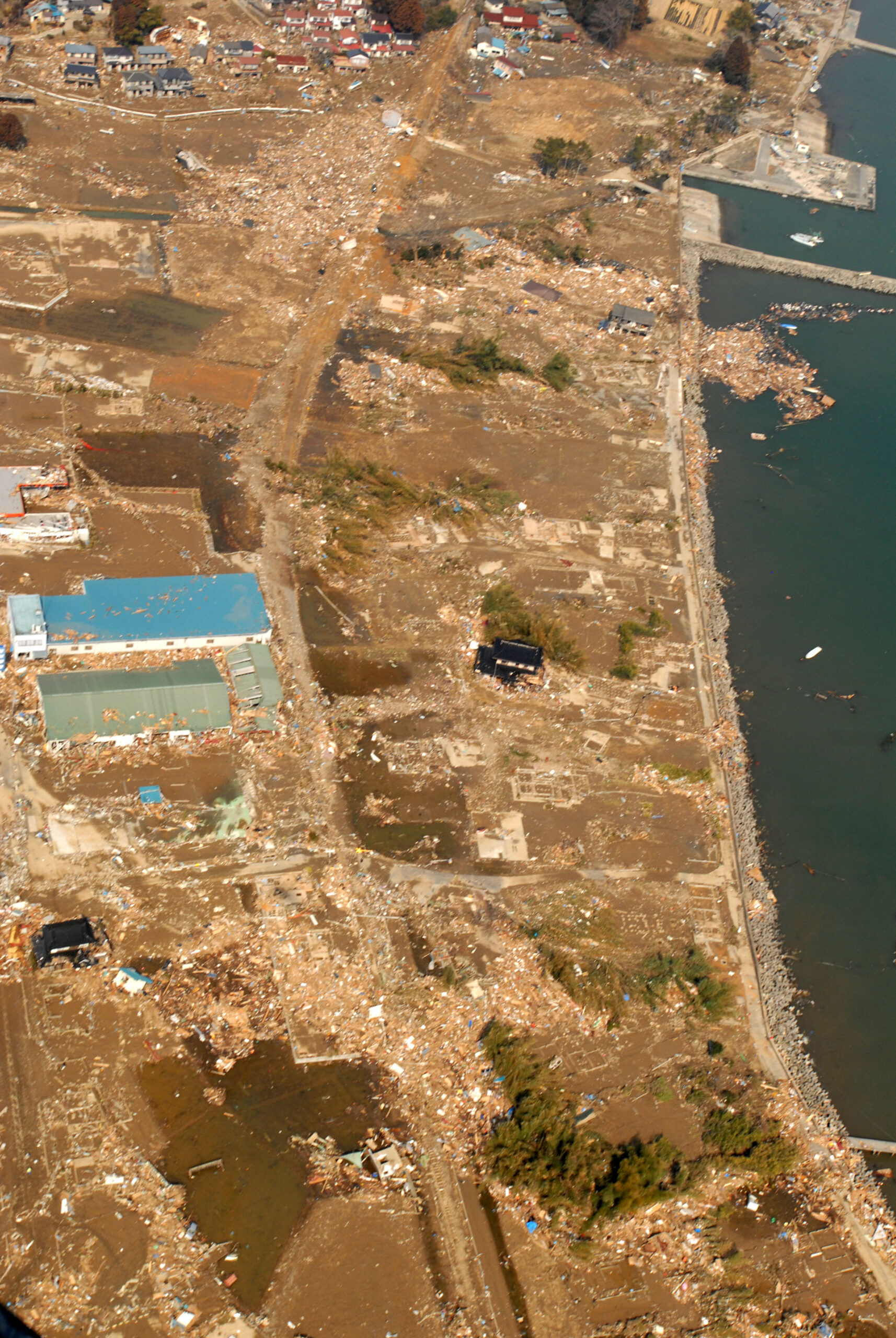 The past few days have seen Japan splashed across international headlines as the Japanese deal with the effects of the world’s 5th most powerful earthquake in known history. The 9.0-magnitude earthquake struck the Tohoku region primarily on the northeast coast of the main island of Japan, but the effects were felt throughout the country.

Japan is no stranger to earthquakes. Because multiple oceanic tectonic plates meet near and under the country, earthquakes occur rather frequently, but most do not cause severe devastation. (Although Japanese earthquakes in 1923 and 1995 resulted in the loss of 140,000 and 6434 people respectively.) However, this earthquake was on a scale not seen in decades and the resulting aftershock earthquakes have continued for days. Perhaps most distressingly, the 9.0 earthquake caused a tsunami to crash into coastal towns, utterly destroying at least eight towns, which saw eleven to twenty-four feet of water crash through them. At the moment, 4314 people are officially dead, but more than 13,400 people are officially missing. Unofficially, tens of thousands more people are missing and may be dead.

Take a look at this video, which shows the number of earthquakes that have occurred in Japan between March 9th and March 14th. Many of them have been quite strong, although none have caused the same level of devastation as the March 11th 9.0 Mw earthquake. Nonetheless, everyone in Japan has been affected by this disaster in some way. They’ve felt the earthquakes, they’ve dealt with a shortage of food and supplies on store shelves and they’re experiencing rolling blackouts in order to conserve energy. The biggest remaining problem involves leaking radiation from the Fukushima Daiichi nuclear power plant in one the most affected areas. Tens of thousands of people have been evacuated from the area (currently about 12 miles radius) around the power plant.

The disaster may also have an affect on Japan’s economy and even the global economy in the future. Already the stock market in the US may have been affected.

My friend (pen name: Caroline Josephine) from America has been teaching English in Saitama, outside of Tokyo, for the past couple of years. Although Tokyo wasn’t extensively damaged, the city is only about 150 miles south of the epicenter of the disaster and they felt the strong earthquake there. Read her first person account of the disaster here.

You can watch live translated news coverage from Japan here. Looking to help Japan? Donate through any of these charities.

When did you first hear about the Japanese disasters? Do you know anyone in Japan? What did they experience?